For some light reading we look at the worlds most expensive vacuum  according to the Guinness Book of World Records.  Would you guess a Sebo, a Miele, a Dyson?  It's none of these. 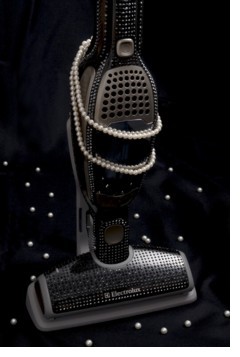 This bad boy (if you can call it that) is actually an Electrolux  a limited black edition Electrolux Ergorapido stick vacuum to be precise.

We have previously reviewed the Ergorapido and found it to be a fairly good stick vac.  It also becomes a handheld when the bottom of the unit is removed (with the touch of a button).  The Ergorapido is a cordless machine (battery operated), lightweight, bagless, and quite highly-rated by consumers.

The Ergorapido is also quite sleek and has won several design awards including the Red Dot Design Award 2008 and the IF Design Award 2008.  Apparently Electrolux decided to add a little more bling and engaged a Polish fashion designer to create something special. 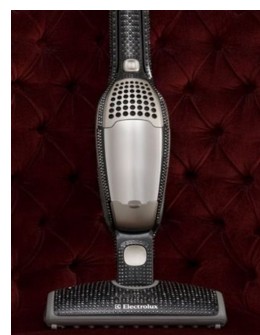 Behold the Crystal Ergorapido, a 15,000 Euro (18,000USD) stick vac.  The designer, Lukasz Jemiol, created a stick vacuum decorated with 3,730 Swarovski crystals.   The crystals are from the CRYSTALLIZED Swarovski Elements collection.  The design was by Mr Jemiol but the handiwork was done by Gronowalski Crystal Fashion.

The Crystal Ergorapido was first unveiled at a fashion show, and was later available for viewing at the Good Housekeeping Institute in London in 2009.  Electrolux say this vacuum is a one-off, but according to their spokespeople, it is possible to have another made to order  if you are willing to pay the rather steep price tag.  Although if you really want to clean in style you may wish to spend your $18,000 on a maid service while you sit by the pool. 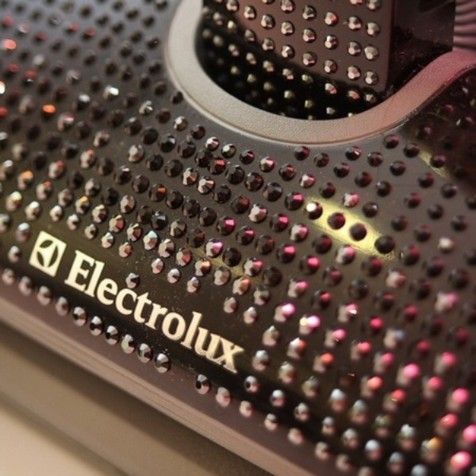